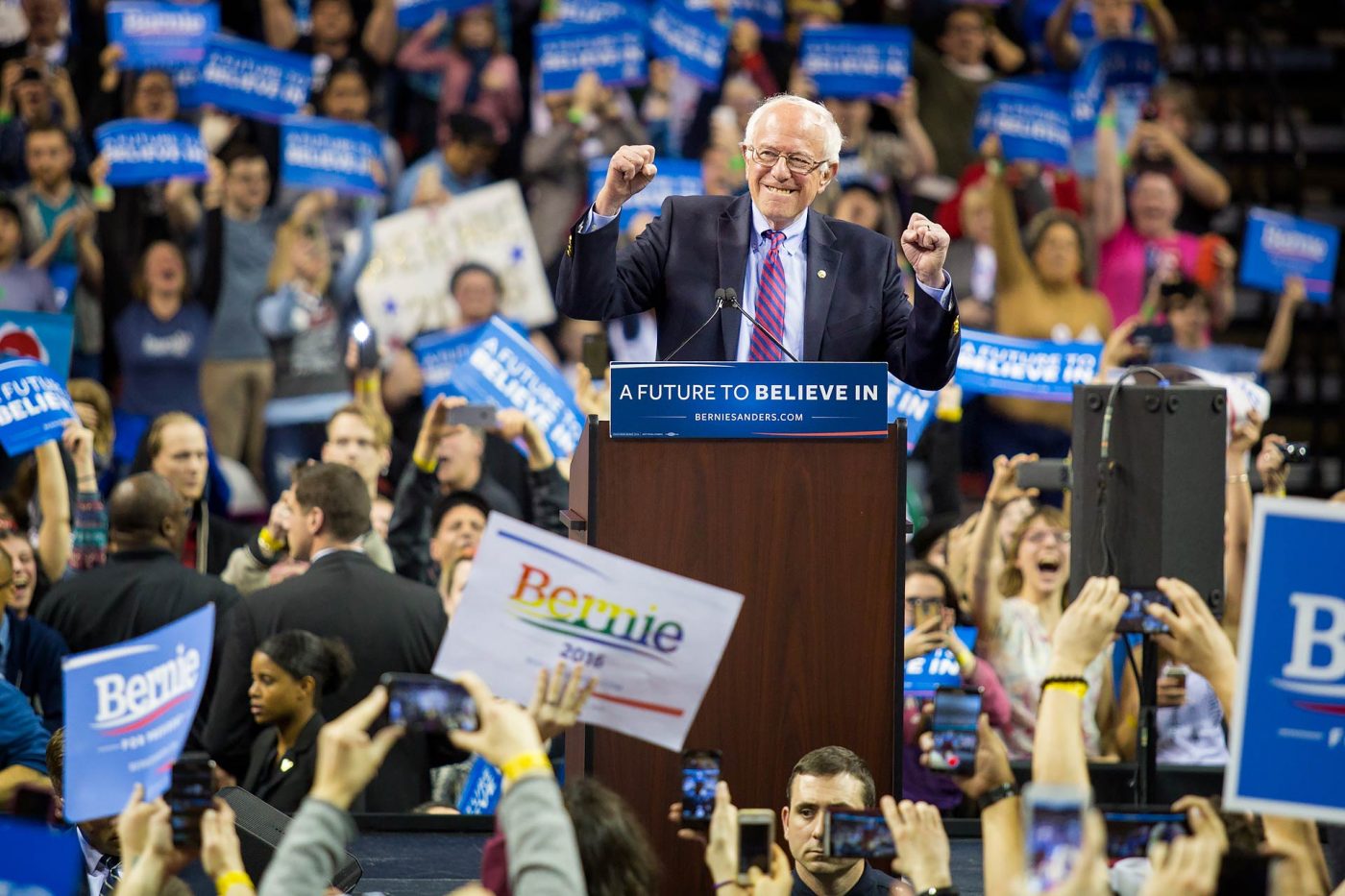 Bernie Sanders at his rally on March 20 at Key Arena in Seattle.
Documentary & Journalism
·3 min read

The crowd of 10,300 roared as Bernie Sanders stepped onto the stage amidst a blue sea of signs requesting “A Future to Believe In”. While many of the major media outlets proclaim that Sanders doesn’t have a chance to with the Democratic nomination, caucuses begin next week in the West, where his popularity remains the highest in the nation, and Hillary Clinton’s lead of 1147 to Sanders’ 830 pledged delegates doesn’t look so insurmountable. The votes of 2,295 delegates are still available, and super-delegates can change their votes at any time.

“We were flying here from Vancouver, [WA], … and I was reading on the internet…” Sanders began. “This is what change is about. The state of Utah is one of the most conservative state in this country. They have not voted for a democrat for president in 50 years. A poll just came out. Bernie Sanders is beating Donald Trump in Utah. The poll has us ahead in Utah by eleven points! If we’re ahead in Utah by 11 points, not going to be many states in this country that we can’t win!”

From the press risers, I fired away through my Canon 70-200mm f/2.8 lens, wishing that I had brought something longer (or at least a crop sensor body). I’ve covered hundreds of sporting events, concerts and performances, marches, and taken more environmental portraits than I can count, but I’d never done a presidential rally, and I’d miscalculated. Next to me, Seattle Times photographer Ken Lambert pulled out an old Canon 100-400mm zoom, and another steadied a giant 400mm f/2.8 on a monopod.

Initially, we were confined to the risers, so it was not surprising that so many of our photos looked almost identical. As the speech progressed, the media wranglers began to lead us in small groups into the stands, luckily, and eventually, we were allowed to roam the floor as long as we didn’t push into the crowds of spectators.

The tricky part of photographing any planned event is making your own images unique, and capturing images that are unexpected. The press risers gave me a clear view of Bernie, but anyone with the correct camera settings could have taken the same images, and they all say just about the same thing: “This is what Bernie Sanders looks like”. I started prowling around the crowd, looking for other items to include in the frame that would tell a larger part of the story, or at least give a sense of the crowd’s enthusiasm.

As a photography journalist, I was interested in the array of equipment that other professionals were using. I always expect to see Canon and Nikon, but at this event, Sony also had a strong showing: there were two Sony a7 models to my left. I was not at all surprised to see that there were three of us in a row wearing ThinkTank photo-belt systems.

In the end, my photos turned out to be pretty similar to the others that I’ve seen published from the event. Better than some, but not as good as others. Next time I’ll remember not to spend so much time taking (nearly 30GB) so many shots of the low-hanging fruit so that I can spend more time finding a unique perspective. Really, once you get your safety shots out of the way, that’s pretty good advice for any event.