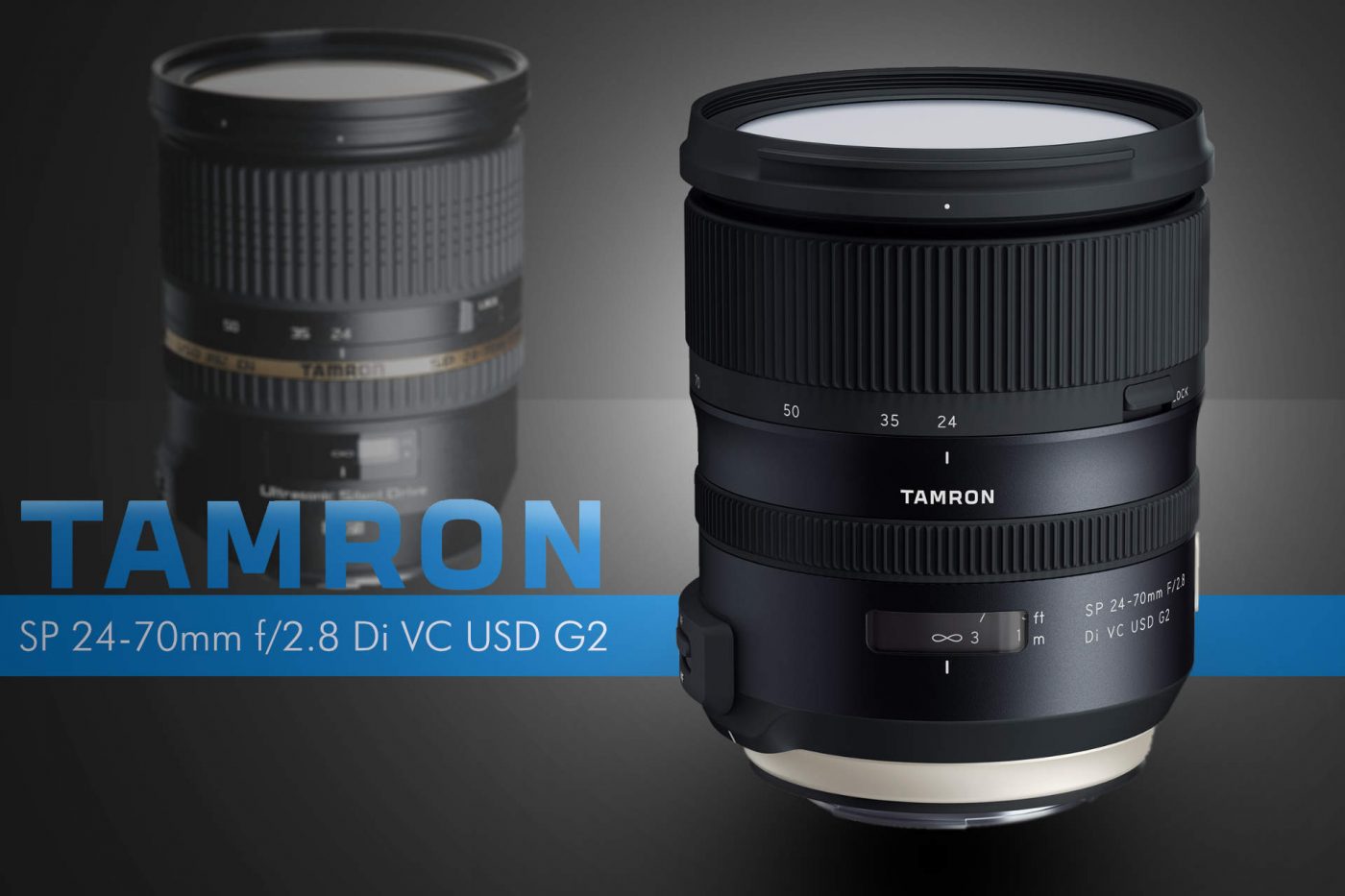 Five years ago, Tamron was the first manufacturer to release a stabilized 24-70 f/2.8, and our initial tests showed that it performed very well against the subsequently released (non-stabilized) Canon 24-70 f/2.8L II, though the Canon was measurably sharper. However, while Canon has still failed to release a stabilized competitor in the intervening years, Sigma has announced an ART series lens, Nikon has a VR model, and as of this morning, Tamron has announced the second generation of their stabilized lens: the Tamron SP 24-70 mm f/2.8 Di VC USD G2.

In the second generation lens, Tamron has concentrated on improving image-stabilization and autofocus performance by providing the lens with dual micro-processor units (MPU), one dedicated to focus and one to VC.  While the company did not specify a stop rating for their first generation lens (it was probably around 3 stops), they are now claiming 5 stops of stabilization with their G2. The auto-focus MPU has built-in digital signal processing blocks, so focus is expected to be responsive and precise, with particular improvements in difficult AF situations like low-light.

The optics in the new lens have been treated with Tamron’s latest eBAND coating, which improves contrast and reduces flare. The lens formula and glass-types remain the same as the first generation, both with 17 elements in 12 groups, containing three low-dispersion elements, three glass-molded aspherical elements, two XR glass elements, and one hybrid-aspherical element.  Both Tamron lenses have a minimum focusing distance of 15 inches, so the magnification ratio will remain the same, and both lenses have nine circular-blade diaphragms for aperture control.

As expected, the exterior of the lens matches the existing lenses in the company’s new “SP” line, with a warm silver ring around the lens mount and simply-ribbed focus and zoom rings. However, the basics measurements remain unchanged, with an 82mm filter ring, and a physical length and width of 4.4 x 3.5 inches (with minor variations depending on the mount). It’s about 80g heavier than its predecessor, though. The new model is compatible with the Tamron TAP-in console so that firmware can be updated and focus adjusted.

Tamron has also emphasized their new quality-control testing machinery (with Modular Transfer Function testing) and high manufacturing standards that aim to reduce variation between lenses to a bare minimum and produce consistent, high quality for modern high-megapixel sensors. Tamron’s lenses are already matching or besting some of their Canon and Nikon counterparts with their best copies, so this is excellent news.

The Tamron lens can be pre-ordered now from: