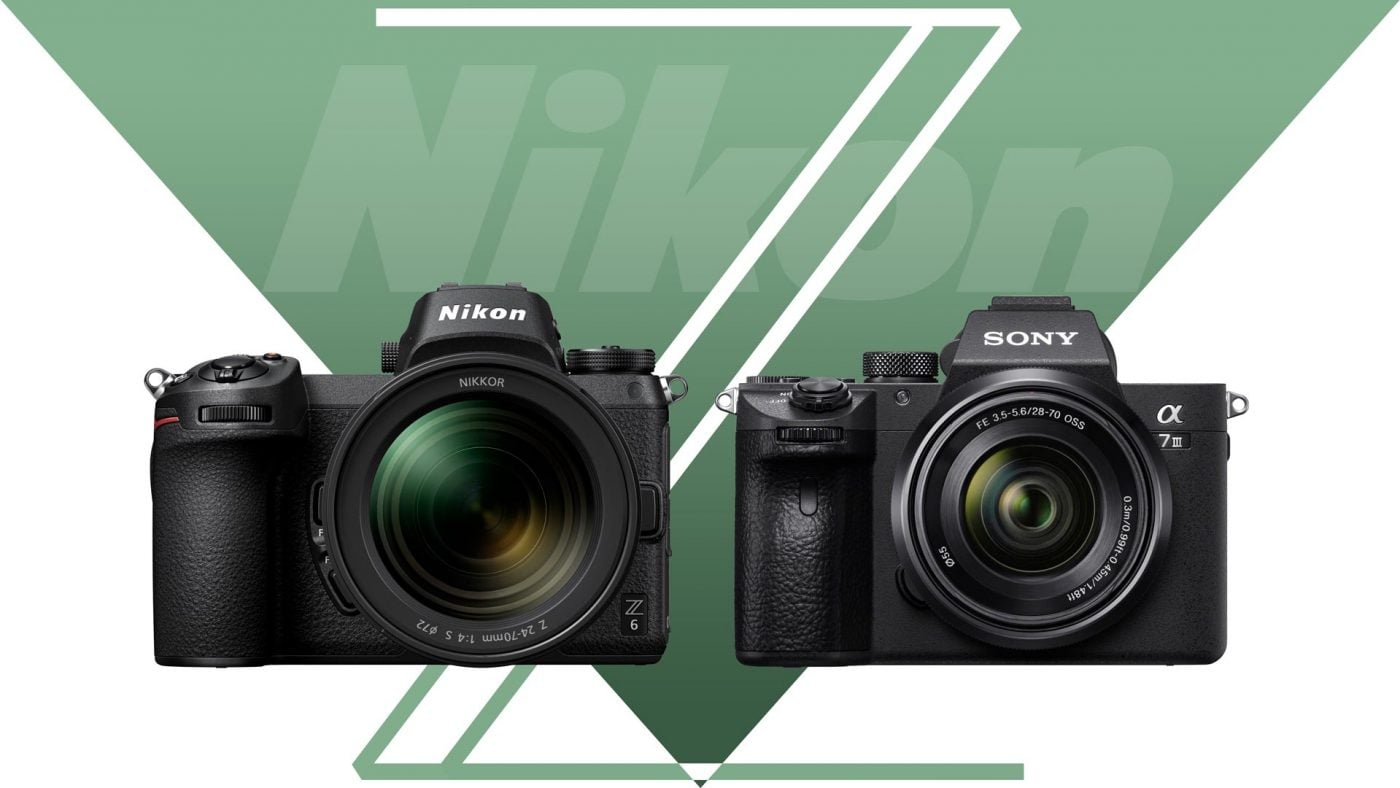 The new Nikon Z6 appears to be the  company’s answer to the Sony A7III: they both use mid-resolution sensors that favor light-gathering and speed over megapixels. The cameras share many specs and features, though there are a few important differences.

So how do they compare? Let’s take a look. Here are the basic specs with better features highlighted in green, though in some cases “better” can be subjective.

What Are the Significant Differences?

There are quite a few minor differences between the two cameras, but which ones really matter?

Let’s start with the autofocus systems. Both cameras have focusing points that cover the vast majority of the viewfinder, but the Nikon does it with 273 AF points, while the Sony does it with 1118, including 693 phase-detection points. This is a pretty dramatic difference: the Nikon has about 25% of the number of AF points that the Sony does. However, the Nikon still has more points than most DSLRs (if we count cross-type points as single points). Only thorough testing will determine how important this really is. 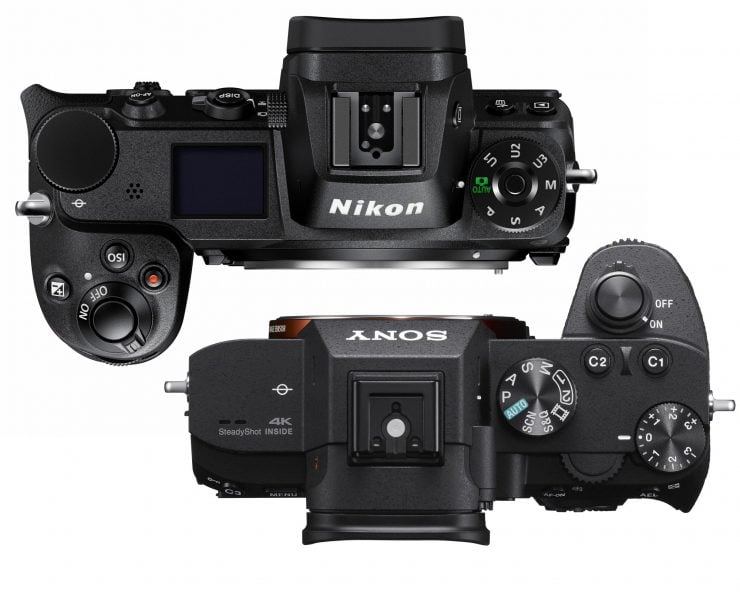 As long as we’re discussing the autofocus system, it’s worth noting that the Sony claims to handle autofocus better than the Nikon by one full EV (ie, it will work in half the light required by the Nikon).

The bodies are very similar in size and design, with the same style of tilting rear-LCD and thumb dial, and very similar dimensions (the Sony is about 95% as wide as the Nikon). Nikon’s slightly larger size seems to be a consequence of its slightly larger, rounder grip. This was an early complaint with Sony cameras, though more recent models have improved grips.The Sony A7III nearly doubles the battery life of the Z6…

A small LCD screen is a welcome addition to the top panel of the Nikon, showing current settings. The Nikon’s rear LCD has much better resolution than the Sony’s, though it will draw more battery power as a result. Similarly, Nikon packs about 1/3 more pixels in their EVF for a smoother, more realistic viewing experience. Again, this comes at the expense of battery power, and potentially EVF frame rate.

And speaking of battery power, perhaps the most glaring concern with the Nikon is its expected battery life: 310 shots. The Sony A7III nearly doubles the battery life of the Z6, and short battery life is one of the biggest problems with mirrorless cameras in general.

It’s worth remembering that these “shot” counts for battery life are worthless for predicting real-life usage limits. I regularly shoot three to four thousand shots at basketball tournaments on a single battery charge with my Sony A7RIII. However, since the CIPA battery testing is standardized, it is at least useful for comparing one camera to another in relative terms.

The Nikon Z6 has an advantage of 2fps in frame rate over the Sony A7III, which will certainly be appreciated by sports and wildlife photographers. However, it’s worth noting that the Z6 does not provide a full 12fps when shooting 14-bit RAW files; you’ll have to drop down to 12-bit or use JPG. I haven’t been able to locate any buffer data for the Nikon yet, either. The Sony A7III shoots 10fps, regardless of bit depth or format.

Flash photography fans will be disappointed to learn that the Z6 and Z7 sync at 1/200th second rather than 1/250th. The difference is not huge, but every stop matters when you’re trying to overpower the sun or shoot action with fill flash. However, high-speed sync is available.

Nikon has been shifting to XQD cards for the past few years, but the Z6 and Z7 are their first major cameras to be offered with XQD as the only option. Unfortunately, the two cameras have only a single XQD slot. The Sony has two SD slots, but only one of them is UHS-II compatible. XQD is currently the faster technology, with write speeds listed at 400MB/sec, while USH-II cards are max out at about 300/MB sec. Real world transfer rates vary.

I don’t shoot much video, but it appears that the Nikon will be very capable. Like the Sony, it offers full-frame 4K video and 120fps 1080p for those who want clearer slow-motion. The Nikon has an HDMI output advantage, providing 10-bit video to external recorders. I’ll be interested to see what kind of data-rate the internal video footage is.

For the next year, Nikon will have three native Z-mount lenses available for their system, with no f/2.8 zooms for professionals. However, their FTZ adapter will certainly help by adding 600 or so F-mount lenses into the mix, though performance with the adapter may be affected. Professional zooms will be available next year, according to Nikon.

Sony now has a large collection of native E-mount lenses available, as well as 3rd party lenses made by Sigma, Tamron, Zeiss and Samyang.

Sony also has multiple APS-C camera bodies in E-mount: including the impressive a6300 and a6500. As part of a complete system, particularly for those who sometimes need to travel light, APS-C bodies can come in handy. High quality lenses designed for their APS-C models are still scarce.

The pricing of these cameras is worth giving some thought. While Nikon has matched the price of the Sony A7III for the Z6, their lenses cost considerably more. Sony’s 50mm f/1.8 lens costs about $200, about 1/3rd the price of Nikon’s Z 50mm f/1.8S, though the Sony lens is not among their top tier models.

Similarly, the Nikkor Z 35mm f/1.8S costs about $850.  This is less expensive than the Sony 35mm f/1.4, but about the same as the Sigma 35 f/1.4 ART series lens, which provides and extra 2/3rds of a stop of light and excellent optical performance.

What do you think? Is the Nikon going to be a serious competitor for Sony? Are Nikon and Canon’s experience with still-cameras and lenses going to push Sony back out of the market, as their systems grow? Let me know what you think below.