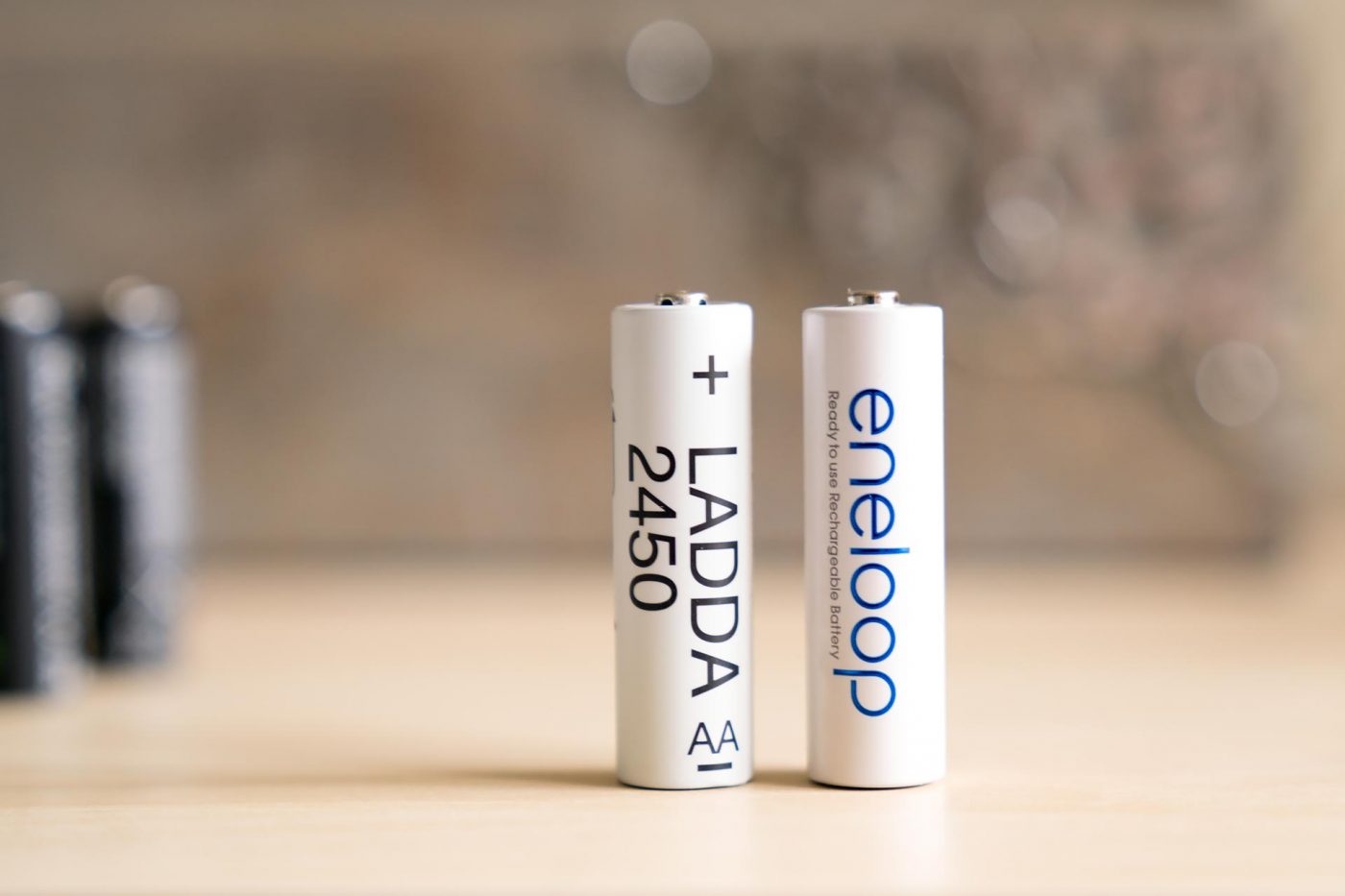 IKEA is known for their stylish and inexpensive stuff (mostly inexpensive) rather than their quality, but most of their stuff is still perfectly functional, and it seemed that their AA rechargeable batteries might be worth a shot. Their shelves hold two types, and I chose the more expensive LADDA 2450 mAh NiMH batteries for $6.99. That’s pretty cheap. For comparison, Eneleoop Pros (2500mAh) cost about $20, and even Amazon Basics high capacity (2400mAh) batteries cost $11. So how do they compare?

When I bought these LADDA batteries at IKEA, I did it with my eyes open. I know how many generic rechargeable batteries are sold on Amazon and Ebay that claim to be 2800mAh but turn out to be 2200 (or much, much lower). But when I tested the LADDA batteries, I was pleasantly surprised: they each sucked up about 2500mAh of power. This is the first time that I’ve ever tested batteries and found that they were better than expected.

But of course, the amount of energy that they store isn’t all that matters. For those of us who expect to use them in flash equipment, the rate as which they can get rid of that energy is just as important. So, I ran a quick test with a pair of standard Eneloops, some Amazon Basics (high capacity), and the IKEA batteries. I put each fully charged set into my highest draining speedlight, a Yongnuo 568EX, and discharged the flash 20 times in a row, as fast as I could, on full power. I measured the amount of time that it took for the “ready” light to come back on each time, and I measured the total time that it took to discharge the flash 20 times. This is what I found:

As you can see, all of the batteries performed about the same. My testing method was not sufficiently accurate for the minor differences in this table to be statistically significant, but at the very least, the Ikea batteries didn’t perform any worse than the Amazon and Eneloops that they were up against.

Some batteries claim to be low-self discharge (LSD) but will, in fact, drain down to an unusable state if left in storage for just a few months.  Eneloops claim to maintain 80% of their charge after 5 years. The LADDA batteries are “ready to use”,  which is a solid indicator that they’re low-self discharge (and my initial tests proved that they were indeed at full power when I opened them), but they don’t make any claims about how long they’ll hold their charge during storage.

Similarly, there are conflicting claims about how many times they can be recharged. Their website claims 500 times and 1500 times within the space of a few inches, but since the previous generation of these batteries (2000mAh) could be charged 500 times, my guess is that these are good for 1500.

All indications are that these batteries are truly a great deal. Their capacity is at least as high as claimed, they perform as well as higher priced batteries, and they do so at a significantly lower price. Although further testing will be required to verify that they are truly low self-discharge batteries, there is currently no reason for me to doubt that they are. If you have an IKEA in your neighborhood, pick up a couple of sets. Unfortunately, they’re not available online. If you don’t have an IKEA nearby, check out my recommendations for AA NiMh batteries that can be ordered from Amazon.