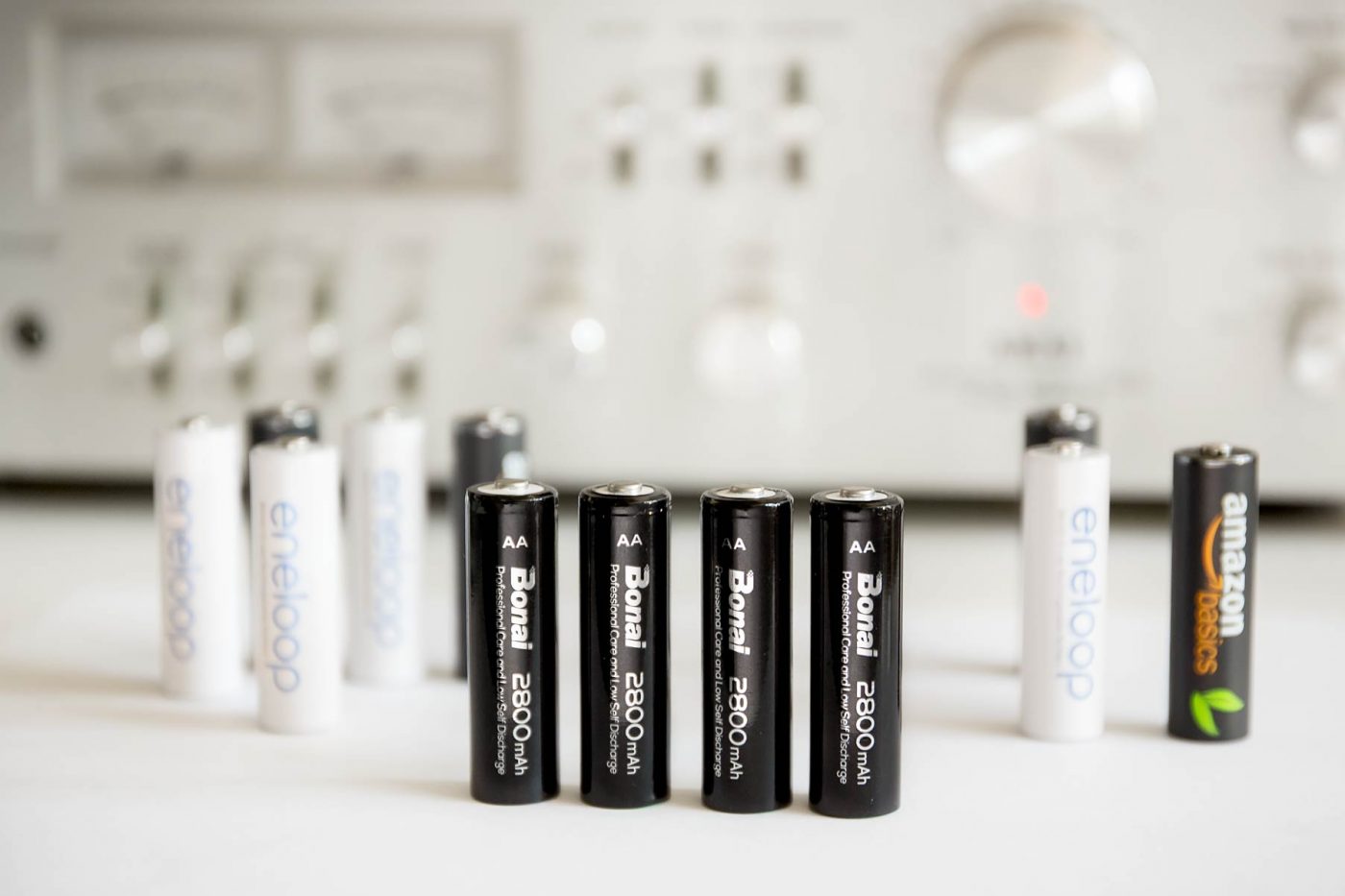 Bonai AA Rechargeable Battery Review: Are They Worth Buying?

I’ve used several different rechargeable batteries in my flashes over the years, but I usually stick with brands I know: Sanyo/Panasonic Eneloops, Duracells, and even Amazon Basics. Recently, though, I ran across Bonai AA batteries on Amazon with a claimed 2800 mAh capacity and a nearly perfect user rating, and I was intrigued. I’d never heard of the brand, but they were inexpensive (especially in larger quantities), so I contacted the company and they sent me a free set to test. This is what I found:

Most photographers trust Eneloops in their flashes, so why would they choose another brand? The price would be a big factor. Purchased in packs of four, the price difference with Eneloops is modest: the Bonai cost $9.99. However, if you buy 8, they cost only $12.99 (currently on sale. Regular price is $15.99), which is less than the price of four standard Eneloops ($12.99). Buy a 16 pack and they’re an even better deal.

As a second test, I loaded the set of Bonai batteries into a flash and fired it on full-power until the batteries died, then did the same with the Amazon Basic High Capacity. The Bonai gave me a solid 244 pops. The Amazons gave me 256.

This was on the Bonai set’s first charge, while the Amazons are about a year old. Some batteries need a bit of a break-in period, so I used these in a flash for a week, completely discharging and charging them multiple times. My second capacity test put them at 2321, 2344, 2320, and 2369. This jump gave me hope that with a little more break in, they might actually reach something near the stated capacity.  Unfortunately, a third test reverted to the original numbers.

Knowing how much energy they could store, I set about testing how fast they could get rid of it. I loaded the freshly charged set into a variety of different flash units and checked to see how fast they’d recycle them on manual full-power. I fired the flash 25 times in a row and averaged the results.

As you can see, the Bonai batteries are pretty comparable to Eneloops and Amazons, depending on the flash, although they’re perhaps 10% slower in some instances. However, these differences are modest, even at full-power. Again, these batteries are new, and their internal resistance may change slightly with time. The other batteries tested were older.

These batteries will fit into your products just fine. Unlike some cheap NiMH batteries, these ones don’t have an extra-thick or doubled-up wrap that makes them too large to slide into your battery slots.

Testing the self-discharge of these batteries has been, necessarily, a slow process and it is ongoing. However, I can give you my initial findings. With all four batteries charged to around 2260 mAh, I tested the first pair after two weeks and was disappointed to discover that they had dropped by 10% to 2055 mAh. I tested the second pair after another two weeks, and things looked better.  The pair were not much lower (2050 and 2017), so I thought that they may have reached a stasis point.

Unfortunately, the six week test of the first pair confirmed that the discharge was still on the original trajectory. This time, they had dipped to 1928 mAh, or about 85% of the original charge.

Four data points is not sufficient to make a reliable projection, but it’s clear that at this point the average is a loss of about 5% of the charge every two weeks, which (if it continues) puts the Bonai batteries completely dead after 40 weeks, and at 50% power after about 5 months.

It appears that these are not low self-discharge batteries according to these initial measurements. I’ll continue testing and updating these findings over the year to come.

These batteries do not live up to their claims of 2800 mAh, but compared to standard Eneloops, they still perform well. It’s a shame that these weren’t simply marketed as 2200 or 2300 mAh cells; then I’d at least trust the company rather than feeling like they’re trying to pull one over on us. My tests show that these batteries are not low self-discharge, despite claims by the manufacturer. I can’t recommend them for critical, professional use. Go with Eneloops or AmazonBasics instead, or any of the others listed on my battery page.

At best, if you use them within a couple of weeks of charging these batteries will perform about as well as my other favorites, and will cost about half as much… even compared to Amazon Basics (high capacity) batteries, which cost about $20 for 8. Bonai AAs cost $24 for 16. Still, I’d get the Amazon Basics high capacity.

Let me know in the comments section below.