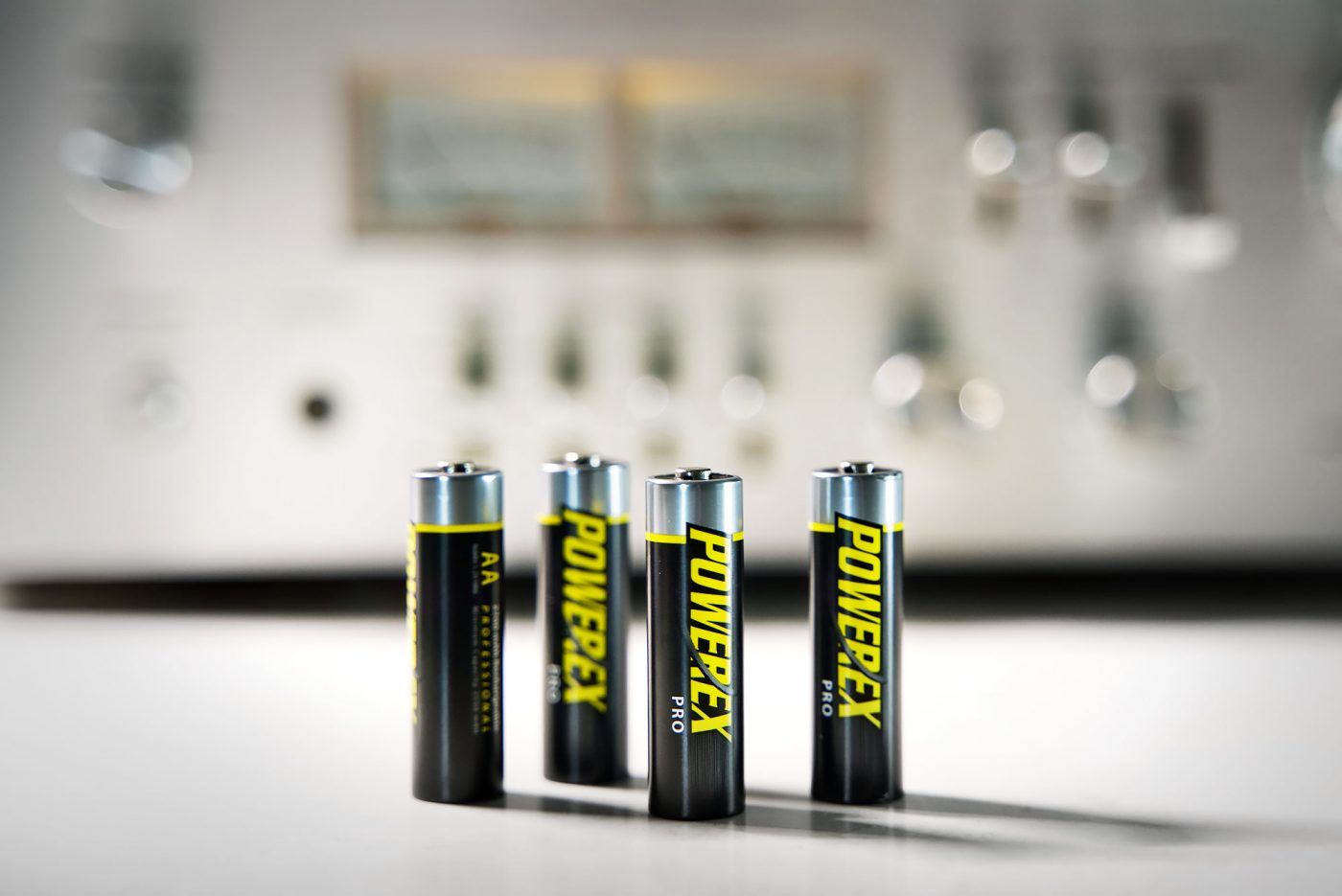 Powerex Pro batteries claim to have a 2700 mAh capacity at a reasonable price. I decided to put their claims to the test.

I’ve tested a lot of different batteries for my flashes and other camera equipment over the past decade, and the Powerex Pro 2700mAh NiMH batteries hold perhaps the highest actual power capacity of any that I’ve used to date… but they don’t seem to quite hold the 2700mAh they claim (though they do say they have a minimum of 2550 mAh). In my tests, they average between 2550 and 2600, though one of them tested as high as 2663 on one charge cycle.

Plenty of batteries that claim to have higher capacity (the Bonai, for example, claim to be 2800mAh), but most of these cheap, Chinese batteries are mislabeled for marketing purposes.

The PowerEx are made in Japan and are a little more expensive than the AmazonBasics High Capacity AAs that I normally recommend, which cost about $18 for 8. The Powerex cost $22.95 for 8, and if they held the advertised 2700mAh each, per mAh they’d be almost identical in price to the Amazons (about $0.44 per 100mAh). Since they don’t, they do end up being a little more expensive, but if you need high capacity, they may be worth it.

Most of the batteries that I’ve tested offer very similar cycle-time performance, but it seems that the PowerEx may have a bit of an advantage.

I tested these batteries two ways, using an old Yongnuo YN568EX flash on manual 1/1 (full-power). First, I took freshly charged batteries and fired the flash 25 times in a row, with about one second between discharges, recording and averaging the recycle times. After that, I wanted to measure a more typical “mid-charge” recycle time, so I fired the flash 50 times at full power, and then measured the recycle time for a series of 10 shots, and averaged them.

Here’s how the Powerex measured against other tested brands:

As you can see, there’s no practical difference in speedlight recyle times between the different battery brands.

Conclusion: Is it Worth It?

Probably not for most people.

Consider this: if you buy a pack of four standard Eneloops, $1 buys you 165 mAh of capacity per battery1This is based on my tested capacity of 1900mAh per battery, and a price of $11.54 for the pack, which is typical.. AmazonBasics High Capacity are much better, with $1 buying 221 mAh, but IKEA’s LADDA 2450 batteries are even better: $1 gets you 351 mAh of capacity per battery2This is based on the $6.99 in-store price of Laddas, and a 2450mAh capacity, though mine often tested as high as 2500.… over twice as much as standard Eneloops. (See my test of the LADDA batteries here).

And when we consider the Powerex batteries as 2600 mAh batteries, which is generous, then your $1 buys 218 mAh… just a bit less than the AmazonBasics High Capacity.

So, I’d put the Powerex 2700s among my top 10 picks for AA NiMh batteries, but I’d still recommend the IKEA batteries and the AmazonBasics High Capacity before the Powerex, unless your application really requires the longest battery life possible. In that case, go for the Powerex.

I’m always curious to hear what batteries you use in your speedlights and what your experiences have been with them. Any questions about these batteries or my testing procedures? Let me know in the comment section below!