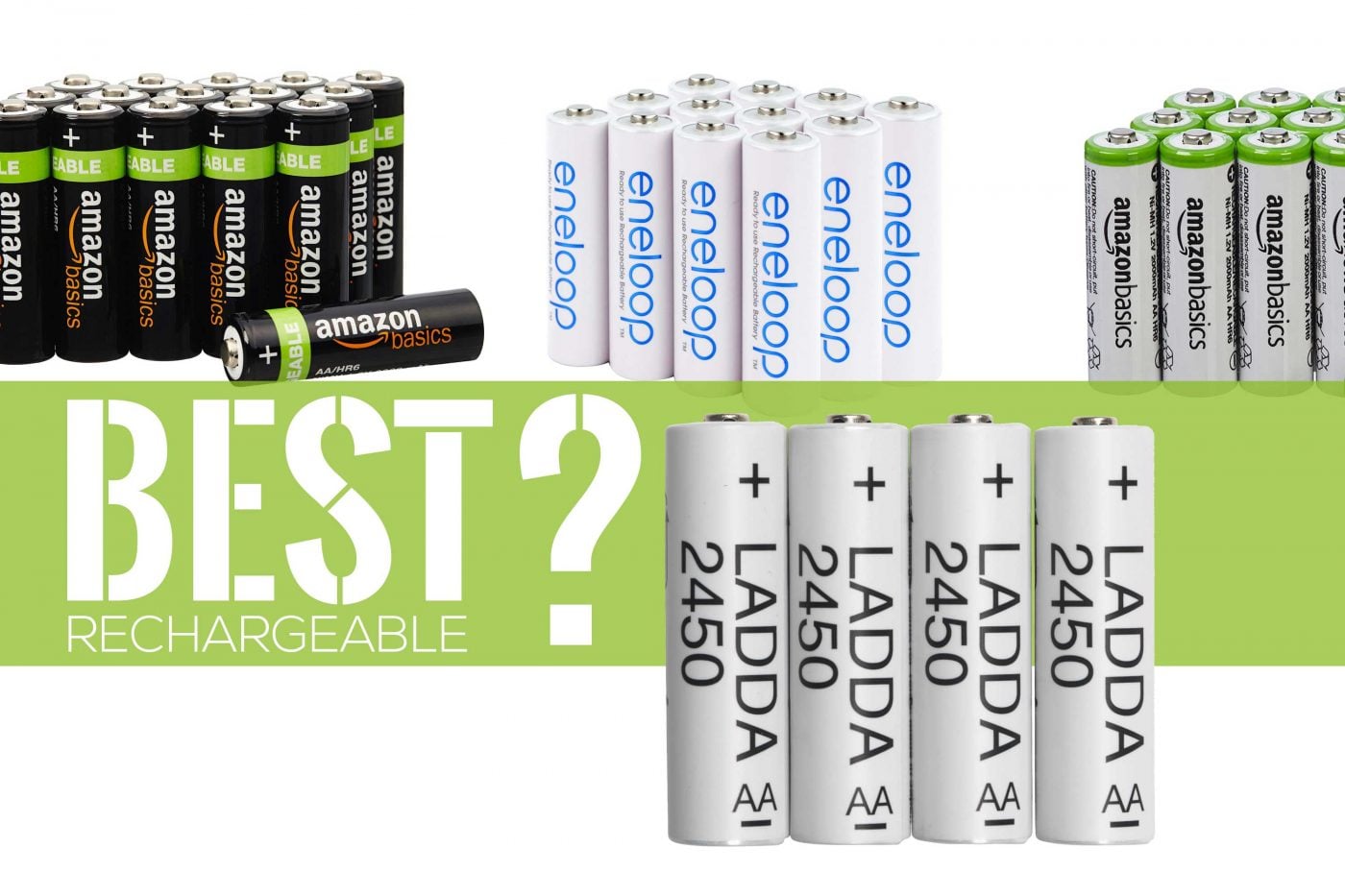 Fact: using rechargeable NiMH batteries in your flash will give you dramatically better performance than shooting with alkaline batteries. This might seem counter-intuitive at first, since rechargeables are labeled with slightly lower voltage values than alkalines (1.2v rather than 1.5v), but voltage isn’t everything 1 For full details, read about Ohm’s Law or the hydraulic analogy .  NiMH batteries have much lower internal resistance, and can dump current into a flash significantly faster than alkalines.

Many of you already know this to be true from experience, but for those of you who are skeptical, I ran a short series of tests with a few flashes:

As you can see, using NiMH batteries reduced recycle time for my flashes by about 1/3 at least, sometimes more.

Which Are The Best?

At this point, there are at least a dozen major brands selling NiMH AA batteries, and countless discount brands selling cheaper batteries, many of which will only hold a fraction of their claimed capacity. So which ones are the best?2 This article relies heavily on test data provided by NLee the Engineer, as well as several online forums and websites.

One of the major drawbacks of early NiMH batteries was that they didn’t hold a charge for very long while being stored; after only a couple months sitting unused,  your batteries might be discharged beyond usefulness. About ten years ago, however, a new type of battery was developed that held it’s charge much longer. These are generally known as “low self-discharge” or LSD batteries, but when purchasing batteries, the packaging may call them “pre-charged”, “hybrid”, or “ready to use”. Depending on the the brand and technology generation, an LSD battery may retain 85% of its charge after a full year, or more. This makes the batteries much more practical for low-drain devices like remotes and flash triggers, where the batteries might be in use for several months at a time, but they’re also great if you don’t want to deal with charging all of your batteries directly before a shoot. As such, all of the batteries that I recommend below are low self-discharge.

When it comes to reliability and performance, Sanyo/Panasonic ENELOOPs have been the leaders for years. However, Eneloops are now (very likely) packaged under a couple of different brand names that cost significantly less 3I haven’t seen any definitive confirmation of this fact, but I have seen the tests that show that the batteries behave identically. So, they are either re-branded Eneloops, or they’re cloned so well that it doesn’t matter that they’re not Eneloops. The prices in the table above update automatically every day, so check it for deals!

For several years now, I’ve been recommending AmazonBasics branded AA Pre-Charged NiMH batteries (originally with a black jacket, then white, now now black with green ends). The are made in Japan according to the listing, like old Eneloops were (though now made in China), and may indeed be re-branded Eneloops from a previous generation.

It looks as though Amazon got a bad batch of these in 2017 or 2018, and there were several reported problems, but that seems to be behind them now.

AmazonBasics are also available as AA Pre-Charged High Capacity NiMH batteries, now with a silver and green jacket and 2400 mAh capacity. These ones seemed to be rebranded Eneloop Pro (XX) batteries, and again, they cost quite a bit less… about 50% less for a pack of eight (sometimes)! I have a dozen of the previous generation (black jacket) and love them.

Fujitsu batteries are made in the original (and now updated) Sanyo Eneloop Twicell factory in Japan. After the Panasonic takeover, they started making some Eneloops in China, and the batteries made at the Twicell factory were sold as Fujitsu.  Compared withe the Chinese Eneloops, the Japanese Fujitsu batteries perform slightly better in flashes after the first 20 charges, according to some tests. So, Fujitsus are good… mabye even better than Eneloops.

One of the most popular options for high-capacity is the Powerex PRO 2700 mAh battery. This new model has higher capacity than the older Imedions (and they weigh a bit more than the others). I recently tested them and found that they more commonly have a 2550 mAh capacity, but that’s still higher than the others on my list.

The Tenergy Premium PRO series is an excellent battery at a great price, claiming 2800mAh (untested), but their diameter does tend to be slightly larger than standard. If you’ll be using them in equipment that has tight battery compartment slots, check that these will fit before buying them in bulk.

Near an IKEA? IKEA’s Ladda 2450 mAh batteries cost only $6.99 for a pack of four, and my tests showed that they actually typically have a 2500 mAh capacity. They also recycle my flashes just as quickly as any of these other batteries, and should last for 1500 charge cycles. They’re not conveniently available on Amazon, but if you’re near a store, pick them up.

That said, all of the batteries listed in the table above are quality batteries, and you should feel comfortable buying any of them if you run across a good deal.  I originally included the Rayovacs becauase I have a set of 12 of them, and they’ve served me well for the past six years, with heavy use, though their numbers are a little lower than the Eneloops.

It’s worth noting that a good charger can prolong the life of your batteries and provide better charges; some of them give you the ability to “refresh” old batteries, helping to restore a battery to like-new performance. We recommend the OPUS BT-C2000 or the La Crosse BC1000 or BC700,  .

If you have had good experiences with any other batteries, or bad with any of these, please let us know in the comment section below.