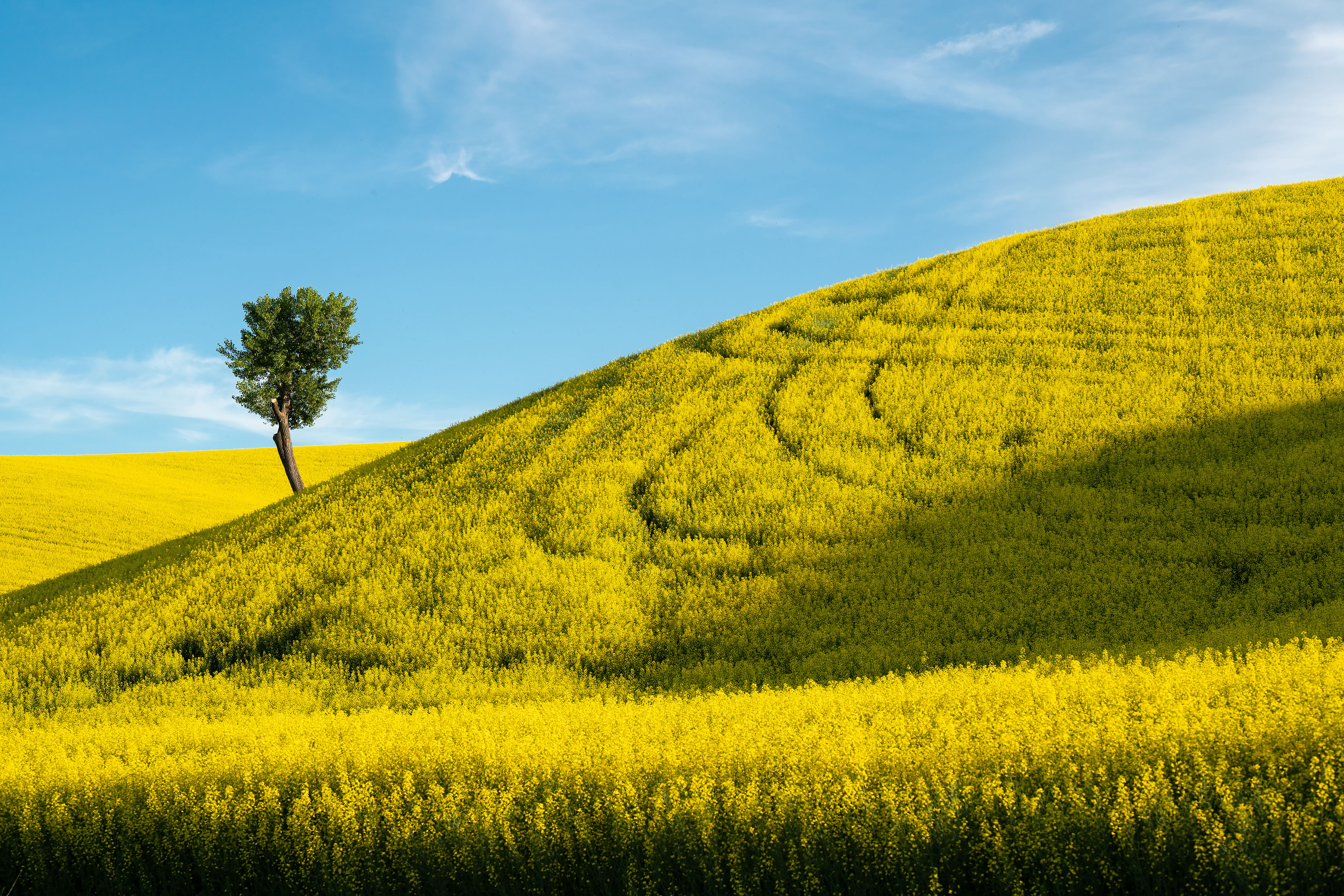 A Quick Trip to the Palouse

On Thursday I was getting restless, and I needed to work on my review of the Tamron 70-180mm f/2.8 lens. At the same time, though, Washington was experiencing a spike in Covid-19 cases and I knew that it would be responsible to stay out of public places here in the Seattle area as much as possible. After I considered my options for a while, the answer was obvious: I needed to head east of the mountains. At 2:00pm, I started my drive towards the Palouse.

In the Palouse, the arid, scrubby landscape of Eastern Washington gives way to endless rolling hills that have been softly sculpted into farms and pastures. Dotted with bright red barns and the grey deadwood of long forgotten homesteads, the fields are pale green with ripening wheat and bright yellow of canola flowers.

I had gotten a late start, so it was about 7:30 in the evening when I noticed the landscape starting to change; luckily the sun sets just before 9:00pm this time of year. I stopped and photographed a barn with whispy clouds, and then kept heading east on Highway 26. It was beginning to sink in that I was woefully unfamiliar with the place and didn’t really know where I was going, and only had two hours to work with.

I had first passed through the region (as a photographer) about ten years ago, though I was coming from the north that time and took a completely different route. Everything was new to me. I drove into the town of Colfax, eventually, and noticed bright yellow fields of canola glowing on the hills above the far end of town like an early sunset, and abandoned the main road. Moments later, I was driving along dirt roads, surrounded by breathtaking scenery in every direction.

Photographing the hills and shadows of the Palouse is more like shooting in the sand-dunes than anything else, without all the hassle and danger of sand in your gear.

As I often do when I’m in a new place, I tried to do too much. Rather than finding a single location and trying to get a single, excellent picture, I tried to quickly capture everything. Consequently, I ended up with a good handful of solid images, but nothing that was perfect. That’s OK… this was just an exploratory trip. I don’t really expect perfection when I only have a couple of hours.

The sky turned orange and pink as the sun set, and I briefly considered driving up to Pullman or Spokane to find a hotel. Ultimately, though, I was in Eastern Washington to avoid other people, so instead, I turned my car around and started the five hour drive home.