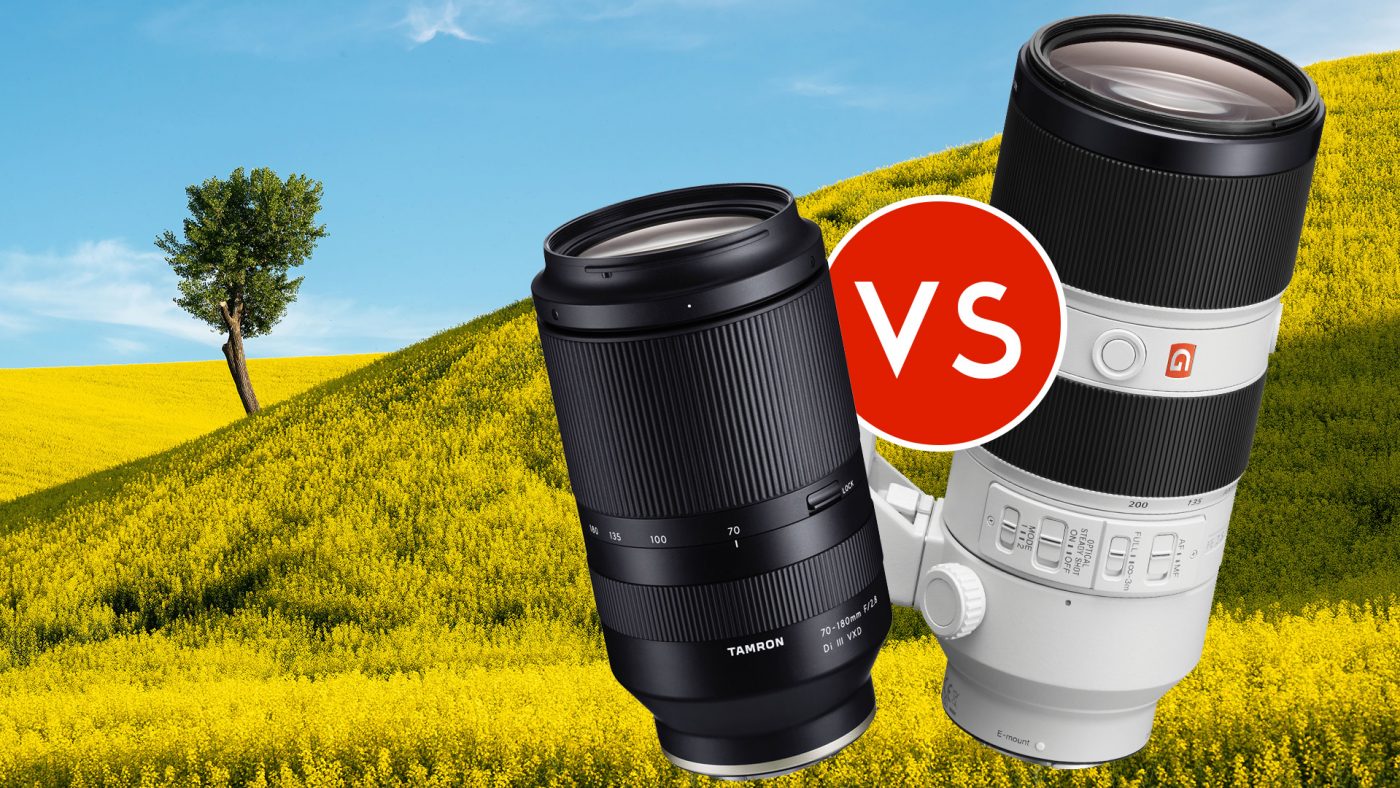 After reviewing the Tamron 28-75 f/2.8 last year, I was pretty excited to test out the new Tamron 70-180 f/2.8, especially since my Sony 70-200 GM is the heaviest, bulkiest piece of equipment that I almost always carry around with me.

My review process has been somewhat hampered by the COVID-19 outbreak, but I have managed to get a good feel for the lens and test out some of the basics. Here’s what I’ve found:

For the most part, these two lenses both perform so well that there are few significant differences. The major exception is at f/2.8 in the center of the frame, throughout the zoom range. There, the Sony is much softer than the Tamron. It’s not a small difference, and I had to check several of my test shots to make sure that I hadn’t bumped the camera or mis-focused the Sony.

At the 70mm end of the zoom, the Tamron is also just a little sharper in general, from edge to edge at all apertures. These differences are minor, but visible.

The Tamron 70-180 f/2.8 (1.8lbs) is about 55% the weight of the Sony 70-200 f/2.8 GM (3.3lbs), which is pretty remarkable, considering that there’s only a 10% difference in zoom range. To go along with the reduction in weight, there’s a reduction in size: the Tamron is 2 inches (5cm) shorter, and has 67mm filter threads rather than 77mm like the Sony. This makes the Tamron a much easier lens to travel with. Despite its weight, the Tamron feels good and sturdy.

However, it should not be overlooked that the Sony lens has a rugged metal housing, built-in image stabilization, an MF/AF switch, customizable AF-lock buttons, and a focus limiting switch… all of which can be helpful for the professional photographer, at times. Many photojournalists will trust the chunky metal build of the Sony over the lighter wight of the Tamron, though it’s too early to tell whether that’s warranted.

Judging bokeh (the quality of the out-of-focus portion of the image) is very subjective, but we can make some generalizations about the Sony and Tamron lenses under discussion. When shot at 200mm (vs 180mm), just about any lens will have an advantage in creating shallow depth of field and the smooth bokeh that goes with it. But even when the images have been resized to account for differences in angle of view, the Sony lens appears to provide a smoother, less busy background for portraits, when shooting from the same distance.

That said, I didn’t get a chance to test the bokeh of the Tamron in a variety of different lighting situations. Further review will be necessary to judge color fringing, aspherical artifacts (onion rings), and other factors.

As mentioned in the video, I wasn’t able to shoot organized sports with this lens; normally I’d have been at the Seahawks training camp, at least. However, I did test out the lens as much possible in the hectic atmosphere of the George Floyd protests and the general bustle of city life (such as it is), and I found the autofocus of the Tamron lens to be fast and accurate, as we’ve come to expect from modern Tamron lenses. The focusing motor is nearly silent and zippy, and worked well when shooting video and stills.

The Sony lens is, of course, the standard against which I’d compare any lens for Sony. It uses the best motors and AF algorithms for the brand, and it works wonderfully.

Aside from being heavy, though, the Sony lens’s bright finish1Canon developed the “white” or beige lens finishes to reduce the effects of heat on their large lenses like 300mm f/2.8 or larger super-telephotos, where expanding materials can affect lens alignment and interior heat waves can reduce resolution. It’s likely that they expanded the use of this bright finish to smaller lenses like the 70-200 for marketing purposes… the lenses stand out in a crowd. is very conspicuous. While this can provide an air of professionalism to the young photographer, perhaps, it can also draw un-wanted attention from your photographic subjects and, as I have unfortunately discovered, from thieves.

Neither the discreet appearance of the Tamron nor the more flashy appearance of the Sony is inherently good or bad, but you should decide which one is more important to the way you work before you choose a lens.

For those of you who shoot wildlife and distant sports (football, soccer, etc.) with a lens in this range, the extra 20mm reach of the Sony lens is significant, but probably doesn’t make up for the loss of center resolution vs. the Tamron if you’re shooting at f/2.8 (and we probably wouldn’t pay the big bucks for these lenses if we didn’t need to shoot f/2.8). You’re probably better off shooting with the Tamron and cropping a bit. But if you don’t mind shooting at f/4, the Sony’s extra reach may help a bit.

However, considering the high resolution of the Tamron lens and it’s wonderfully compact size, weight, and price, it’s hard to recommend the Sony over the Tamron to anyone but those who really prize the moderately smoother bokeh of the Sony, or those who need the confidence of its robust, metal build and its manual switches and buttons. These will primarily be useful for photojournalists and event photographers, but there may be others who find them useful.

With both lenses available, I usually found myself reaching for the Tamron. It will be a hard decision to let go of my trusty Sony, though.

Ready to buy a Tamron or Sony Lens? Help support my site by buying from one of the links below!

Any questions? Let me know in the comment section below!