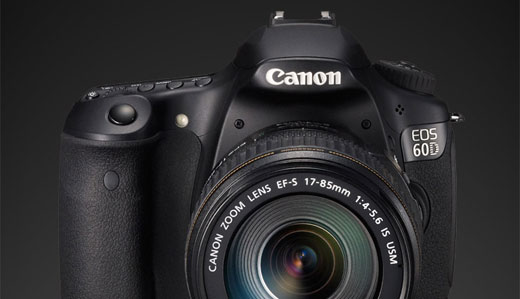 Since the arrival of the Canon EOS 7D and subsequent release of the T2i / 550D there has been a gap in the Canon lineup. Buying the 50D no longer seemed practical to many advanced amateurs, since it was so outclassed by the features of the T2i, but the price of the 7D put it just beyond the range of what many were willing to spend (and the weight and size beyond what they were willing to tote around). Yet, the advanced amateur still yearned for more features and ease of control, and frankly, more status than is offered by the entry level “Rebel” line.

[Update: The release of the Rebel T3i has added an interesting new dimension to this discussion. See how the T3i and 60D differ, here]

The Canon EOS 60D, announced about recently, is clearly intended to fill this gap. Available since September, its price of $999 falls nicely between the Rebel T2i ($799) and the 7D ($1535). Its features, also, are largely intermediate between the two cameras that were already very similar. The controls are similar, but not identical, to the 7D, while the construction is much more in line with the T2i than the 7D (or the 50D, for that matter).

Lets take a quick look at the differences, side-by-side:

Probably the most important change between the 60D and the previous models in its line is that it does NOT have a metal body. Instead, Canon opted for a lighter, less expensive polycarbonate body which, although lighter than the magnesium 7D, still feels quite sturdy.

And perhaps just as significant, Canon has designed the 60D with a fully articulated, 3″ LCD screen for use in “Live” viewing mode and for video… the first ever on an SLR. Since I never use “Live” mode, and rarely use video, it’s hard for me to get excited about this feature, but perhaps for some photographers out there, it’s just what they’ve been waiting for.