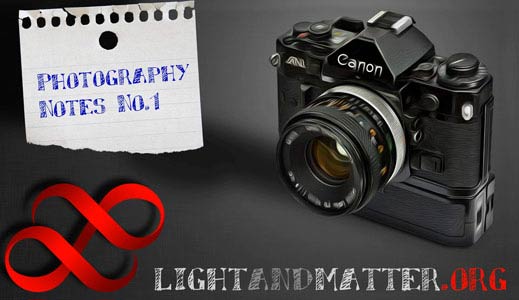 Over the past few years, there have been several technical issues that have come up repeatedly in questions and comments here on Light & Matter, and even though graphical explanations would have been most helpful, they didn’t seem important enough to warrant their own videos. In other cases, I’ve run across something on the internet that bugged me, but again, didn’t want to devote a whole video to it. After finally giving the matter some thought, I decided that I’d start a series of “Photography Notes” videos that will allow me to cover a variety of different topics and that aren’t necessarily tutorials.

This is the first installment.

The first section in the video describes the similarities between split-screen focusing on manual focus SLRs and phase-detection focusing on autofocus SLRs, and why cross-type autofocus points are so important. In the second half of the video, I discuss the term “Reflex”, as it applies to various cameras, including the so called “SLT” cameras made by Sony.