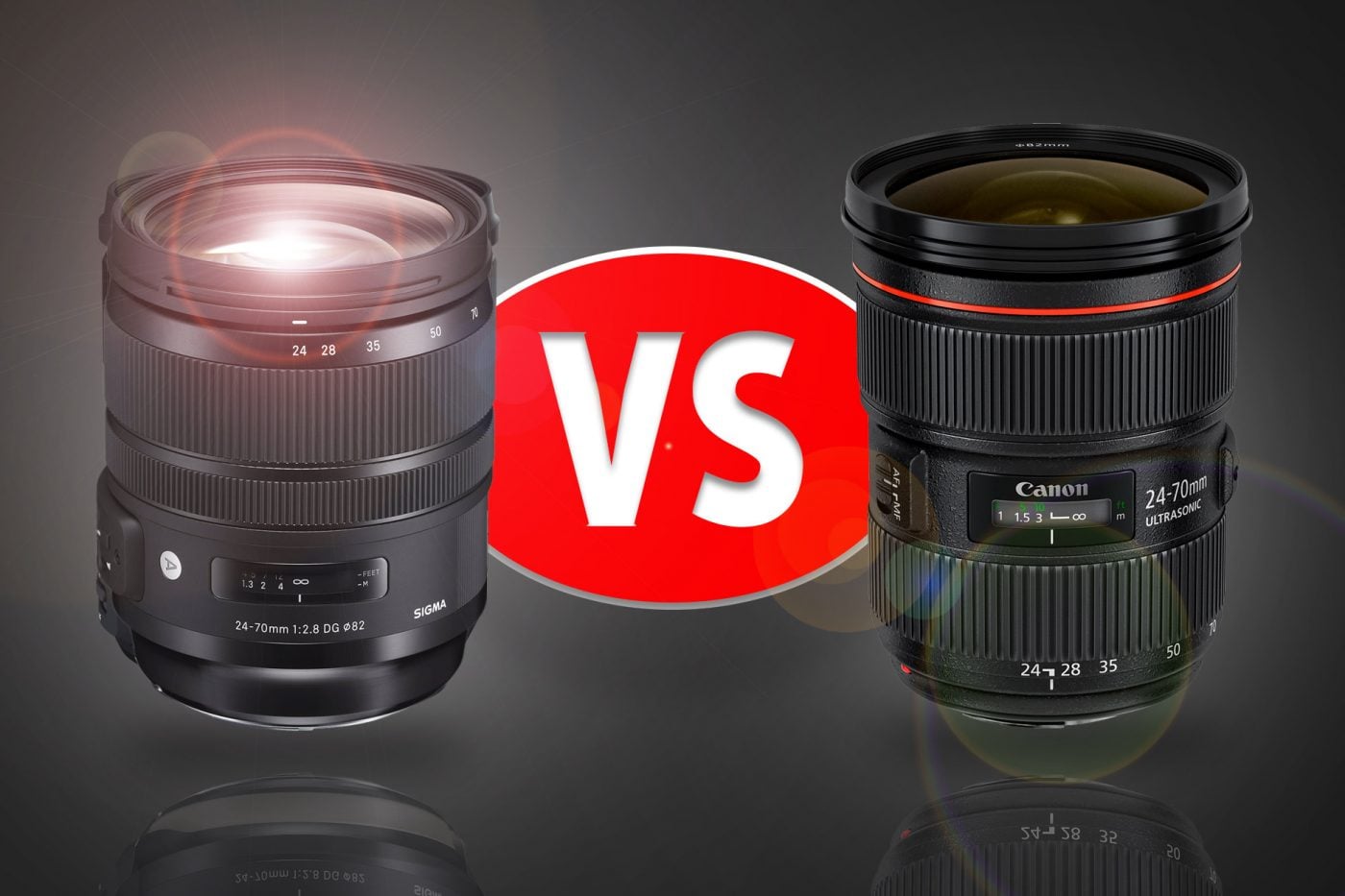 Over the past several years, we’ve been very impressed with the optics in Sigma’s ART series line (particularly the 50mm f/1.4 ART and 35mm f/1.4 ART), but this comparison has given us pause. If Sigma hadn’t directly sent us this lens for testing, I may have assumed that there was something wrong with it, considering the heritage of the ART series.  Ultimately, we had problems with the resolution of the lens away from the center at f/2.8 and f/4, as well as serious problems with autofocus speed and tracking, leaving us with serious concerns about the lens’s suitability for professional use.

Watch the video above for details and comparison shots. You can download a some RAW files by clicking the buttons below:

In general, the Sigma 24-70 f/2.8 ART’s resolution was excellent in the center of the lens. Depending on the the light and conditions, it was sometimes on par with the Canon 24-70 f/2.8L II comparison unit, though no better.

However, away from the center, resolution was often quite bad. Take a look, starting at the 70mm end of the zoom range. Here’s the whole image:

And here’s the center crop. Click on the images to see 100% magnification. In this case, the center resolution isn’t great on the Sigma, either, though in some cases, it’s better. I can only assume that this has to do with the image stabilization system not returning properly, because in this case, three consecutive shots with the Sigma lens (re-focused in between each), are all identical. Image stabilization was turned off, as it was on a tripod.

For comparison, here are crops from the upper left, upper right, lower right, and lower left. In each case, the Canon image is first and the Sigma image is second.

And here’s a second set at 70mm, but at f/4. Again, here’s an overview of the whole image, just so that you can orient yourself.

Notice that the first two images, from the center, are both very sharp, and almost indistinguishable in terms of resolution (the images were similar at f/2.8).  Click to enlarge.

At the 24mm end of the zoom, results are similar.

For another variation, here are two shots in which I focused on an off-center subject (the lighthouse). Both lenses are at f/2.8, and the difference is visible, but not dramatic.

Again, the Canon image is first, on the left. Click to enlarge.

Although the Sigma lens is generally does not match the resolution or sharpness of the Canon, it is generally sharp enough that most people will not have a problem with it for general use. Furthermore, for most landscape photography and other detail critical work, photographers will shoot at f/5.6 or smaller apertures, at which point the differences in image quality are very minor. They are, however, the Tamron lens was generally sharper for me, and is about the same price.

To test the autofocus and tracking performance of these lenses, I shot several girls basketball games, usually switching lenses at halftime. Girls basketball is perfect because there’s plenty of action, but the tournaments are generally held in poorly lit middle-school and high-school gyms, which can be very challenging for even the best lenses and autofocus systems.

I should probably also mention that this is something that I do regularly. In addition to all of the other work that I shoot, I have three nieces who play on basketball teams around the Seattle area, year round. So, end end up shooting dozens of girls basketball games each year.

With that understood, I had a lot of difficulty shooting basketball with the Sigma ART lens, while the Canon 24-70 f/2.8L and f/4L were the most reliable for me.

Almost every time I zoomed the Sigma lens while tracking a player, my camera lost focus (shooting with a Canon 5D Mark III). Unfortunately, refraining from zooming while tracking a player only gave me a modest improvement in performance: focus acquisition was still slow on moving subjects, and focus was hit and miss while shooting bursts.

That said, for regular, every-day shooting, the Sigma lens focused just fine. I had no problem when focusing on stationary or slow-moving subjects, and I also had no problem with front or back focusing (I did have the Sigma dock available in case it was necessary, though).

With the excellent options available from Canon (f/2.8 and f/4) and Tamron, it is hard for me to recommend the Sigma 24-70 f/2.8 ART, assuming that the lens that I tested was a typical sample. The autofocus was simply not reliable for enough for professional action shooting, and although the resolution difference from the Canon is not significant for casual shooters (or even serious ones who don’t publish large or crop heavily), there’s no need to compromise these days.

If you’d like to see how the Tamron 24-70 f/2.8 G2 compared to the Canon, you can watch the video comparing those lenses here.

If you’re in the market for a 24-70 lens and found this review helpful, I hope that you’ll buy from one of our links below. I won’t cost you any extra, but it will help support additional reviews like this.