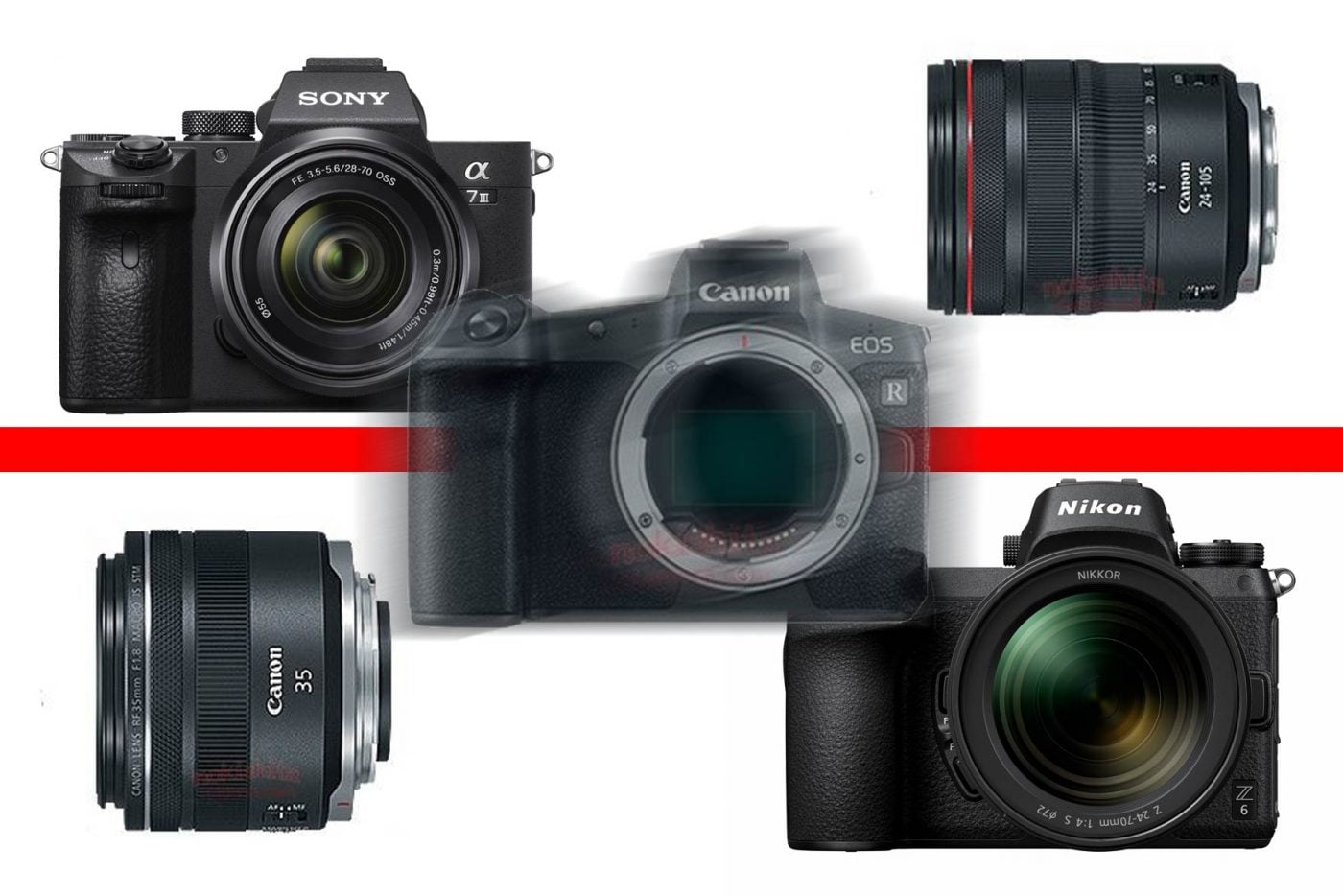 Around The Web
·2 min read

Over the past couple of days, the first leaked photos1 Canon EOS R photos and specs in this post come from Nokishita, and should be considered suspect until officially released by Canon. and rumored specs of the new EOS R full-frame mirrorless camera lineup have appeared on the internet. There were several interesting revelations: the giant 28-70 f/2 lens looks like a monster, weighing over 3 pounds (nearly double the weight of the EF 24-70 f/2.8L II), and the autofocus will work at -6 EV (at f/1.2). There’s no 120fps option when shooting 1080p video.

If Canon wants their EOS R system to compete with Sony and Nikon, they’ve shot themselves in the foot by leaving out stabilization.But most importantly: there appears to be no in-body image-stabilization (IBIS). While looking at the list of lenses that will likely be available (also including a 50mm f/1.2 and the aforementioned 28-70 f/2), the 35mm f/1.8 IS Macro and 24-105 f/4 IS USM stuck out like a couple of giant sore thumbs.

IS, in the context of a Canon lens, means “Image Stabilization”, and if they’re making half of their new lenses with IS, they almost certainly don’t have it in the body. And if a leaked list of specs2 This came from the Canon Rumors website, and I can’t vouch for it’s authenticity. for the new EOS R camera is not a fake, there’s no mention of in-body stabilization, either.

As good as Canon’s IS is in their lenses, leaving it out of their camera bodies would be a huge flaw, in my estimation. Sony’s A7 and A9 bodies have it, offering up to 4.5 stops of blur reduction. Nikon’s new Z-series bodies have it, too. And of course, many of the smaller Micro Four Thirds bodies have it. Rumors are that the new Fuji X-T3 will have it, though that is yet to be confirmed.

If Canon wants their EOS R system to compete with Sony and Nikon, they’ve shot themselves in the foot by leaving out stabilization. In-body stabilization is not only an excellent way to reduce the sizes and complexity of lenses, it’s a good way to keep their prices down. Stabilization makes a big difference for photography in low light, and it’s a great benefit for video in any light, and video is part of the mass appeal of mirrorless cameras.

Is Lack of IBIS a Deal Breaker?

Perhaps I’m making too big a deal out of it. I shot with Canon cameras for decades without IBIS, and it was never desirable enough to lift brands like Pentax out of the cellar of DSLR sales. But in the dawning of a new era, I’d like to see a camera line starting out from the strongest position.

Even if the first EOS R body lack it, this doesn’t mean that future bodies won’t get it. But if Canon is investing the money to build IS lenses, it’s not obvious that their plans for the immediate future include IBIS.

Having shot Sony for most of 2018, now, I’ve come to really appreciate IBIS. The EOS R body does not look like it was built to compete with my A7RIII; it seems like a A7III / Nikon Z6 competitor, so I’m not likely to switch back to Canon for it in any case. But if the next EOS R body gave me 10fps and 50 megapixels, I’d still be hesitant to switch back if it doesn’t also have IBIS.

What do you think? Is it a deal breaker? Do you even care? Let me know in the comment section below.